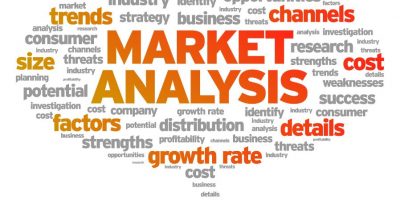 International sanctions on Iran have been lifted, following the country’s compliance with a deal to monitor its current and future nuclear capabilities.

The International Atomic Energy Agency (IAEA) confirmed the expected lifting of sanctions, issuing a report affirming that Iran has completed the necessary preparatory steps to start the implementation of the Joint Comprehensive Plan of Action.

The report was submitted to the IAEA Board of Governors and to the United Nations Security Council.

In a statement, IAEA Director General Yukiya Amano added, “Relations between Iran and the IAEA now enter a new phase. It is an important day for the international community. I congratulate all those who helped make it a reality, especially the group of countries known as the E3/EU+3, Iran and the IAEA Board.”

The news is expected to signal the official start of a flood of investment in the country, with estimates that more than $100bn in frozen assets will now be unlocked and Iran’s oil can be sold internationally.

Already plunging oil prices have now fallen further, trending down below $28 per barrel amid fears that Iran’s bountiful supply into the global market will only compound current over-supply. It is thought that the lifting of sanctions will see up to half a million more barrels oil per day could be added to the market.

gasworld understands there are a number of obstacles that will need to be overcome before Iran’s expected potential across a range of applications is to be realised but, nonetheless, a new wave of industrial and economic growth is forecast to begin almost immediately – creating a multi-billion dollar business boom from local and foreign companies alike.

The industrial gas community is expected to be among the industries benefiting from this business boom,

“The monumental agreement signed in July 2015 between Iran and major global powers will see intensive inspections and restrictions on its nuclear program. But it will also see Iran benefit from more than $100bn in assets currently frozen, and a large potential foreign market with consumer expenditure to be over $170bn,”

“The IMF predicts annual growth of Iran’s $420bn economy would rise by as much as 2-5% in the first year after a final nuclear deal, alone.”

“Iran is home to the fourth-largest proven crude oil reserves and the second-largest natural gas reserves. There is a huge opportunity for global energy companies, especially European firms.”

“Besides the promising vision, there are short-term and medium term obstacles which Iranian companies face on a daily basis, most focused on Swift codes, banking systems, and budget constraints of private companies. These short-term obstacles will be sorted out straight away in 12-18 months,” she added.

Medium term obstacles include the need to produce more gas, and the need to build infrastructure to connect to Europe, both of which are lacking.

“Once the sanctions are lifted, we will see the metallurgical and petrochemical share of the industrial gas market increase; the conversion of captive operation production facilities to new commercial onsites. We will see petrochemical and steel plants contribute highly to the market in the future.”

The Iranian LNG market is another area expected to flourish following the lifting of sanctions, with estimates suggesting Iran expects to bring no less than five LNG projects online in the next three years. Reports are already rife at The Linde Group’s involvement in such projects, as well as its future activity in the country’s petrochemicals business, with speculation that the company has offered to ‘help’ Iran complete its LNG projects, including LNG Pars and LNG Persian.

Linde has previously declined to comment on such reports.